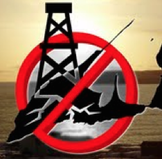 Fracking is a big concern to people across Atlantic Canada. When Shoal Point Energy announced they were going to start fracking along the west coast of Newfoundland in 2011, people mobilized.

We have been committed to showing solidarity (as part of the energy of the East Coast Fracking Awareness Group) to the various fracking awareness groups and concerned citizens of the West Coast of Newfoundland, whose continued pressure on the government brought about a temporary moratorium on fracking in this province.

Now that the provincial government has announced who will be on the external fracking review panel, now more than ever it's crucial we voice our legitimate concerns about fracking in NL.

For more information on fracking, visit the Newfoundland and Labrador Fracking Awareness Network and the Council of Canadian's resources on fracking.
Powered by